The Dirty Truth About Your Sewer Lines: The Importance of This Underground Network 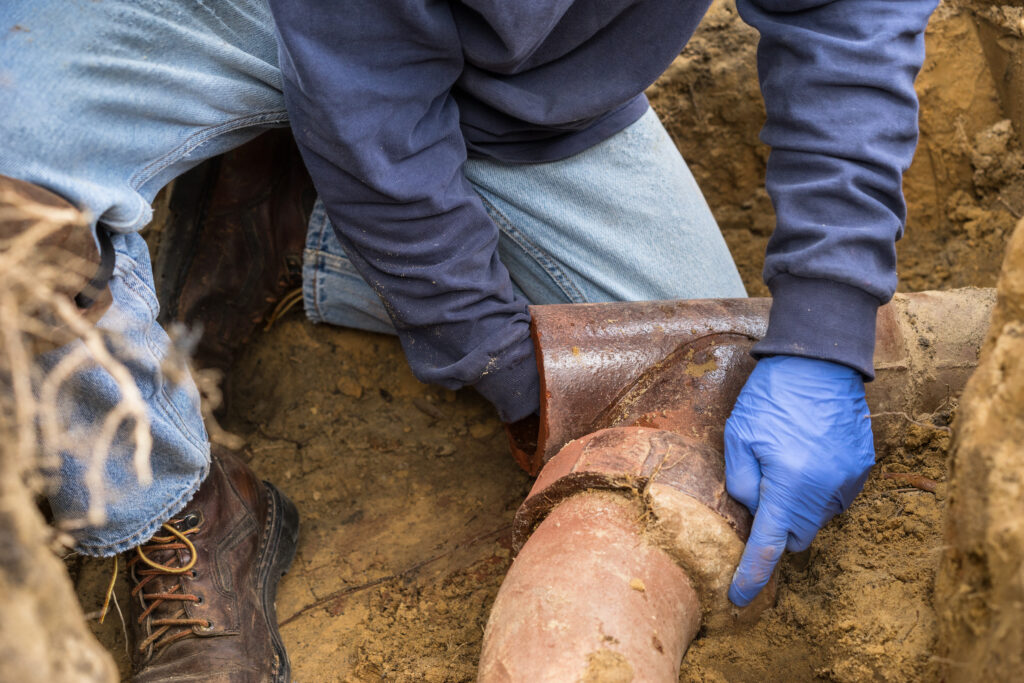 It’s not often the topic of conversation, but when given a moment of consideration, the vast network of pipes and sewer lines that most modern cities have devised is a true marvel of civilization. Most people don’t have to think about it. We go on with our lives as a pre-established system functions beneath our feet.

As a plumber, however, it is our job to think about it. And we find the history pretty amazing.

Let’s dive into some of the details.

When the Pipes Come a Calling

As we say here in the business, tearing up the ground to take a look at your sewer pipes is not a weekend activity. It’s not something families do in lieu of a baseball game or family movie night. It’s the kind of thing that’s forced upon homeowners or property owners. When wastewater is not leaving the premises as expected, it’s time to do some investigating.

Most sewage systems across the country are a network of pipes, pumps, and/or mains for collecting wastewater. Municipalities will usually divide sewage systems into industrial or residential. This vast network of pipes protects residents and members of the community but also the animals and the environment. This is why proper maintenance and installation of new piping is essential to protect everyone.

The Main Parts of the Sewage System

Most sewer systems are composed of several main components. Each component works together to get the wastewater and sewage to where it needs to go. The function of this system involves some pretty strategic thinking.  They might vary by area and whether the area is connected to a municipal water treatment plant.

When it comes to sewage systems, engineers have found ways to improve the function and longevity of the infrastructure. One way to do this is not only through better design and ample use of gravity and elevation but also through the materials used in the piping.

In homes built before the 1950s, the materials used for sewer pipes and sewer lines were quite different. Here’s a rundown of the difference.

Before the 1950s: Homes built before the 1950s and still a few years after that, one might find clay pipe, cast-iron pipe, Orangeburg, and plastic sewer pipe.

The 1970s and onwards: Newer homes will likely have PVC pipes and ABS pipes.

A Little Bit of History of Sewage

Since mankind began building cities and living in large compounds, questions about how to deal with and treat wastewater quickly became a top priority. As early as the Roman Empire, early iterations of sewage systems were evident. The Romans had cut-stone sewers and developed circular led pipes for water.

Once the Dark Ages hit, both personal hygiene and community sewage systems were put on hold (as was much everything else). As time went on, more condensed cities realized that it was in their best interest to do something about this. Paris, France was one of the first cities that finally settled on the idea of installing a sewer system of some kind. They were inspired by ideas from ancient civilizations but incorporated new concepts such as low flow channels, sidewalks for workers, sewer-cleaning devices, and more.

London, England was another city that realized it needed to do something and also began installing sewer systems. These ideas would spread quickly throughout Europe in the 1800s and make their way into the United States. After the Civil War, the U.S. began looking to the Europeans for ideas on how to solve the waste problem and the first generation of civil engineers would get to work in American cities like Memphis, Tennessee.

There was some trial and error in these early sewage systems, but the basic concept has carried on. Gravity plays a major role in getting wastewater where it needs to go, and both modern and old engineers figured that out pretty quickly.

Get Your Pipes Straightened Out With Genevie Plumbing Services

There’s a lot that can go wrong with your pipes. Burst pipes and clogs are common culprits of headaches for the modern homeowner. The good news is that there are people out there that know how to fix it and do so in the most efficient way possible. If you are a homeowner within a municipality, your home is likely tied to a sewer system.

Having trouble with your pipes? Need answers for a plumbing question. Call Genevie Plumbing today.

Call The Plumbers You Can Trust!

At any time of day or night, throughout the entire year, Genevie Plumbing will be able to provide a full suite of plumbing services backed by many decades of expertise. We know how much trust you place in plumbers to get the job done, so we try to provide a quality experience from the moment you call until long after we’re gone.